General Sadat, the 35-year-old deputy minister of security in Afghanistan, is the highest-ranking police official in the country. And if the high-tech briefings he instituted after taking the job in February seem to take a page right out of the American military’s playbook, there’s a good reason: He is a leader among the first generation of homegrown Afghan generals to emerge from the American training program here after the 2001 invasion.

He has risen at a dire time for the Afghan police forces, which have been taking devastating casualties during insurgent offensives and, perhaps more troubling in the long term, have never shaken the reputation for corruption and abuse that has made the Taliban seem like a more attractive alternative to many Afghans.

General Sadat will be under heavy scrutiny in his new post, both to see whether he can turn the police forces around and whether he falls prey to the culture of nepotism and corruption that runs deep in the Afghan government.

Subscribe for original insights, commentary and discussions on the major news stories of the week, from columnists Max Fisher and Amanda Taub.

He joined the Afghan Army in 2003, two years after American forces first entered the country and rose through the ranks as an elite commando. He studied at elite British and American military schools, and eventually served as an aide to the commander of all American forces in Afghanistan before taking command of his own.

General Sadat “represents a new generation of Afghan leadership,” Gen. Austin S. Miller, the commander of the American-led mission in Afghanistan, said in a statement. “When soldiers know you care, they will fight.” 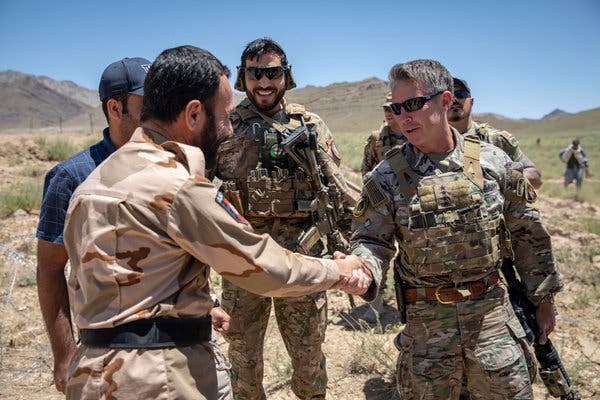 Mr. Mohammad said he had often been frustrated in his logistics requests, begging for blankets, mattresses or other needed supplies to little effect.

“We asked and shared this problem with the Ministry of Interior, and Mr. Khoshal Sadat took action without delay,” he said recently. “We are happy, and we need some commanders and higher-ranking officials who listen to our problems and take action.”

Several other police officers in distant provinces echoed those sentiments in interviews with The New York Times, praising General Sadat’s can-do attitude and willingness to lead from the front. He often goes on missions with Kabul’s elite police response force despite his high-ranking job in the ministry.

But the challenges are steep. The Afghan National Police, composed of 116,000 officers, many of them falsely enrolled on official manifests, is riddled with corruption and savaged almost daily by Taliban attacks and casualties. General Sadat faces the task of saving an organization that many have deemed unfixable.

“We’ve had bad leadership,” General Sadat said during a recent interview in his office at the Ministry of Interior. “And I had to stop the bleeding.” 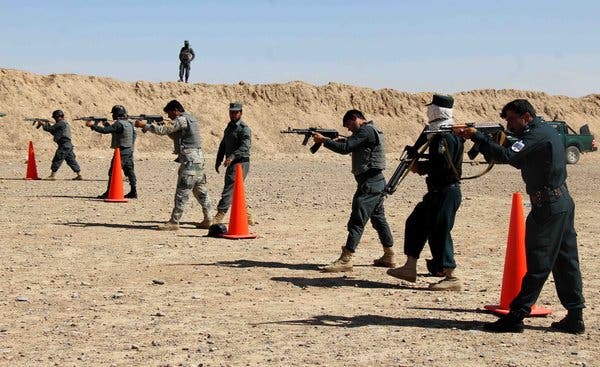 General Sadat has fired 27 out of the 34 police chiefs across the country, he said, replacing all except five with young officers from special operations units.

The way it used to work, he explained, was that candidates would pay thousands of dollars to get their name on a list of possible police chiefs that would go to the president for approval.

“The process was run by money,” General Sadat said. “The system was bad, and right in the middle I broke that deal.”

Some officials are concerned about the pace of change, though.

Gharanay Khowakhogay, a former deputy director for the National Directorate of Security, lauded the influx of young people, like General Sadat, into leadership positions, but said that they need more experience alongside some of the older Afghan officers before assuming such roles.

“The responsibility should have been transferred to the young generation step by step, not in a very fast move,” Mr. Khowakhogay said. “The young police and military officials lack military management and operational experience.”

While General Sadat’s initiatives have been well received, that has not stopped the young deputy minister from worrying about losing his subordinates to corruption. Every night before he goes to bed, he calls five police chiefs from varying provinces and checks in, he said. 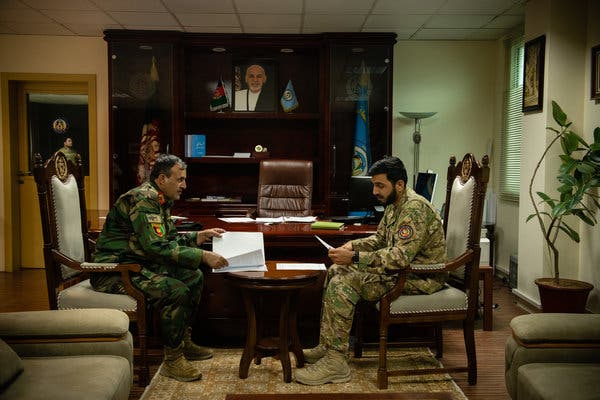 They are short calls, but just long enough to reaffirm that their boss in Kabul isn’t that far away.

“If I don’t push, they get lazy,” General Sadat said.

General Sadat’s quick rise, without the close familial ties with high-ranking government officials that usually ensure promotion in the Afghan military, was noticed. He was picked to attend the Royal Military Academy at Sandhurst in England, where he graduated in 2007. In 2009, Gen. Stanley McChrystal, the top American commander in Afghanistan at the time, quickly took Mr. Sadat, then a major, as his aide-de-camp.

General Sadat describes General McChrystal as an important mentor, and his time with the American cemented his reputation as a rising young Afghan leader. But his Western friends and the hard-charging style he and other young officers embraced made them targets for the Afghan president at the time.

In 2014, President Hamid Karzai suspended three Afghan special operations leaders, including then-Lieutenant Colonel Sadat, when he was commanding the elite police unit that guards Kabul, the 222, for making illegal detentions and collaborating with American and British forces during the presidential elections.

On leave in 2016, General Sadat visited Mr. McChrystal at his home in Northern Virginia. The American offered him a job with his consulting company. Soured by Mr. Karzai’s attempts to drive him from the Afghan security forces, General Sadat applied for a work visa and joined the McChrystal Group.

“I wouldn’t have said it a couple years ago,” he quoted Mr. McChrystal as telling him, “but do it.”

Students beaten up, arrested by police in University of Peshawar